Sexual activity between an adult and a child is always wrong

We oppose legalizing adult/child sexual activity or making it in any way more accepted.

Some people cannot believe that pedophiles would hold these beliefs. We do. They are the foundation of everything we do.

For membership to the VirPeds peer support forum contact the VirPed staff.


"I'm a 20-year-old man who has been trying to deal with an attraction to young girls since I was 13. Women just don't interest me. I wish with all my soul that I could have a brain that's wired normally. I know that I can never act on what I feel, but I need to speak to a therapist because I don't think I can get through this on my own. But if I talk to a therapist he could report me, because I have to talk about my attraction to young girls. I don't know whether he would or not and don't even know how to go about getting more information. Even the friendships I have are in danger of falling apart because I can't just keep saying 'I'm fine' and I can't talk to anyone about my problem. I think about suicide a lot. "
...are despised for having a sexual attraction that we did not choose, cannot change, and successfully resist.

Anonymous pleas like this show up constantly on the web. This man is a heartbreakingly anguished example of what we call a Virtuous Pedophile, virtuous because he is not going to do anything with a real child. We too are Virtuous Pedophiles, and there are a great many of us, though few people know of our existence. To admit our condition is to invite suspicion, hatred, and social ostracism. Virtuous doesn't mean we think we're better than the average person, just that we're not worse.

We do not choose to be attracted to children, and we cannot make that attraction go away. But we can resist the temptation to abuse children sexually, and many of us present no danger to children whatsoever. Yet we are despised for having a sexual attraction that we did not choose, cannot change, and successfully resist.

This hatred has its costs, both to children and to non-offending pedophiles themselves. Many pedophiles don't seek professional help because of the shame involved in admitting to therapists that they are sexually attracted to children. Think how many cases of abuse would be avoided if pedophiles who were dedicated to resisting their attractions were treated with sympathy and respect, and were therefore more willing to seek professional help in order to remain law-abiding. And think of the cost to non-offending pedophiles themselves. Many are depressed, and even suicidal, because of sexual thoughts that they didn't choose but are able to successfully resist.

Imagine for a moment that it was your child who was unfortunate enough to be attracted to children. According to leading scientists, there is approximately a one percent chance of this happening no matter how good a parent you may be. What would you want for your child? Would you want him or her to be alone, full of self-hate, forced to bear this burden without help? Or instead, would you want your child to be treated with sympathy and respect, to have access to help so he or she could live a happy, productive and law-abiding life?

The goals of our organization are to reduce the stigma attached to pedophilia by letting people know that a substantial number of pedophiles do not molest children, and to provide peer support and information about available resources to help pedophiles lead happy, productive lives. Our highest priority is to help pedophiles never abuse children. We hope you will explore our web site with an open mind.

The preceeding was the text from the Virtuous Pedophiles homepage as of August 2020 and reprinted here with permission of that organization. Please visit VirPed.org and learn more. 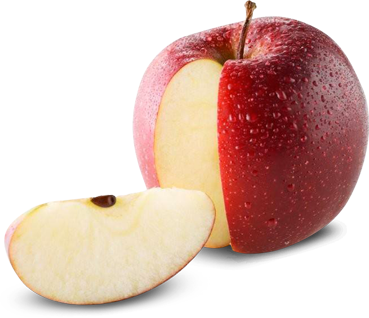 ASAP: "Happy and mentally healthy pedophiles do not harm children."

While ASAP is not officially associated with the VirPeds organization ASAP has as its foundation, the Virtuous Pedophile's Guiding Principles. Many of our staff are non-offending pedophiles. We are all apples from the same tree of guiding principles.

ASAP's primary function is to assist all non-offending pedophiles, who ask for it, find qualified mental health care. Yet we have found that peer support, outside of therapy, is possibility the only realistic and actionable option to prevent childhood sexual abuse. If you think about it that is a powerful statement. So ASAP asks all our clients to please consider VirPed's peer support in addition to, or as an alternative to, therapy. And unfortunately, the qualified therapy many of our clients seek is simply not available or is unaffordable. So for them peer support may be their only option.

Where do we go from here?

It is simple! We look for a day when all our children have to fear is monsters in their closets or under their beds. And maybe those will go away too? That is once we eliminate pedophilia as a source for that evil that lies in all humans' hearts.

Please Help ASAP and Please Help VirPeds with your tax deductible donations. We still have a lot of work to do.

Get Helpways that ASAP will support the non-offending pedophile

ASAP can help you in a number of ways. Options for living a non-offending life.