The beginnings of Virtuous Pedophiles are to be found in Nick's experiences on the Sexnet listserv and the b4uact pedophile peer support group.

In 2007, after coming to terms with his pedophilic interests, Nick reached out to a Northwestern University professor by the name of Mike Bailey who was an expert on scientific issues involving sexual matters. Nick had heard of Mike from one of Mike's former students, who had indicated that Mike was open-minded and had many beliefs that were outside the norm. Mike had never entertained the idea that there might be pedophiles who were committed to avoiding sexual contact with children and was intrigued. Sometime around 2009 or 2010, Mike invited Nick to join a listserv that he hosted which was known as Sexnet. The listserv was primarily for researchers on sexual matters, though some journalists were members as well. To Nick's surprise, the group was very welcoming, and he became friendly with several leading experts on pedophilia such as James Cantor, Ray Blanchard, David Prescott, Michael Seto, Robin Wilson and Paul Federoff.

Near the time that Nick joined, Richard Kramer, the head of an organization called b4uact, also joined Sexnet. B4uact was a group of pedophiles and professionals organized to improve access and quality of therapeutic care. They had a small support group which Nick joined. 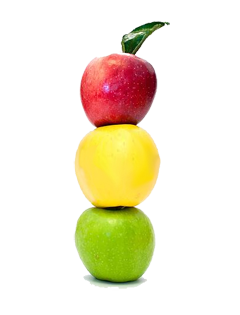 Nick did not enjoy his time with b4uact. He thought they were unnecessarily antagonistic towards scientists who had befriended him. And, in fact, Richard Kramer alienated these scientists by aggressively criticizing them for supporting the view expressed in DSM that pedophilia was properly viewed as a disorder if it caused marked distress to an individual or lead to sexual abuse of children. Nick also believed that the societal hatred attached to pedophilia could be reduced if society could be made to understand the difference between pedophilia (sexual feelings towards children) and child sexual abuse (sexual acts with children). He felt that b4uact could make progress in this area, but only if it unequivocally stated that adults should not have sexual contact with children. B4uact refused to do this because it believed this would alienate pedophiles and also, Nick believed, because many of its leaders felt that adult-child sex should be legal. After trying to get b4uact to modify its views, Nick decided the differences were too great to be bridged, and in 2011 he resigned from the organization. He had the idea of creating a website that would express the reality that many pedophiles are dedicated to (and succeed at) avoiding sexual contact with children.

Nick began work on a website for a new organization in 2012. At the same time, Ethan Edwards, who had heard of Sexnet through acquaintances, reached out to Mike. Mike knew of Nick's project, was impressed by Ethan, and put them in contact with one another. Nick sent Ethan an early version of the website and the collaboration began. Nick found Ethan's input sufficiently valuable that he invited him in as a co-founder.

One important precursor to Virtuous Pedophiles was a 2010 column by Dan Savage: https://www.thestranger.com/seattle/Sav ... id=3347526, featuring a letter from a pedophile who hadn't offended and was sure he would not. The column is titled "Gold Star Pedophiles". That was the original working title for the group, but Ethan in particular thought it was demeaning, the relevant gold stars being shiny worthless paper things that adults bestowed on gullible children for work well done. Nick objected to Ethan's idea of "Celibate Pedophiles" because non-exclusive pedophiles are just child-celibate, not truly celibate. We chose "Virtuous Pedophiles". The name has generated considerable controversy but on the whole has served us well.

Nick and Ethan put most of their effort into the website before it went live in June of 2012. We also put together a support group, without much initial thought. It was a google group, which still exists as an archive. Early members of the support group included a few from b4uact who shared our values, including Gary Gibson and Craig Dahlen.

The website received a considerable amount of positive press, including important support from James Cantor, and Nick and Ethan gave several anonymous interviews. Membership in the peer support group increased. One of the group's enthusiastic members was Sammy Jenkis, who had in the past run a phpbb support group, and he put together the basics of what we have today. It came up in September of 2013 and the Google group became an archive. Anyone who really likes VP owes Sammy a big debt for bringing that to fruition when he did. We could never have grown to the size we are if we were trying to do it in a Google group.

Sammy wasn't always consistently available to maintain things, which was a source of anxiety. "Urgeless" took over those responsibilities in the summer of 2018 (phew!) and in September of that year released a new, improved version of the phpbb board that included better support for mobile devices.

A couple of other events in our history really stand out. In August, 2014, Luke Malone wrote a wonderful article featuring one of our members, Adam. As a 16 year old, Adam had formed his own group for teenage pedophiles who were committed to not abusing children. At the end of 2014, This American Life hosted an episode featuring Luke, Adam and the noted scientist Elizabeth Letourneau, who has become a friend of our group.

In August, 2014, Todd Nickerson joined the group, and in September, 2015 he wrote a tremendous piece in Salon called I'm a Pedophile But Not a Monster, which received a tremendous amount of interest. Todd has become our most effective spokesperson.

No particular date, but over the years, Gary Gibson began attending ATSA meetings and assembled a list of friendly therapists. Gary regularly refers members to therapists and is also an effective public figure. Gary has long been one of our most valued members. **** and our moderator ***** ******** (known by the VP username "Daywalker") represented our group at the last ATSA meeting.

Prior to our formation, ATSA, a highly regarded organization specializing in the treatment of sex offenders, had on its website this quote: "Although virtually all pedophiles are child molesters, not all child molesters are pedophiles." After getting to know us, our allies in the scientific community challenged ATSA on this, and ATSA immediately removed the quote. One measure of what VP and similar organizations have accomplished since 2011 is that we don't think any serious scientist would write that any more or believe it. The thousands of us in this group make it pretty clear that "virtually all" is not the right descriptor for how many pedophiles molest children. It's only one small step, but a significant one.

Member Eddie Chambers was featured in two documentaries--The Pedophile Next Door (2014) and I, Pedophile (2016). Unfortunately, Eddie became disenchanted with the group and left, but his contributions while here were very important.

Last, but certainly not least, would be the era of Ender. He joined the group in 2014 and quickly became a moderator and then an administrator. It's easy to lose track of just how vital and central he was to this community when he was active. As of 2019 he is still #3 on the all-time list of posters. His interest then waned, and he started MAP Support Chat, with the controversial (wonderful but perhaps risky) policy of letting in people as young as 13 who thought they were pedophiles. He started a blog and was very active defending virtuous pedophiles on twitter. Unfortunately, he spent so much time on pedophile related matters, and spent so much energy engaging the haters, that he burned out and disappeared from the scene. We hope he is dong well.

It's also worth a note that every non-pedophile we mentioned is identified by their true name. Almost all pedophiles in our support group are known only by pseudonyms, including the two of us founders. Notable exceptions are Gary Gibson, Todd Nickerson, and Eddie Chambers, who in fact have helped our cause enormously by showing their faces in public, often at considerable personal cost.

It's also worth a note that every non-pedophile we mentioned is identified by their true name. Almost all pedophiles in our support group are known only by pseudonyms, including the two of us founders.

One unforeseen benefit of the peer support group has been as a vital source for scientific research on pedophilia. It is the first time that a substantial group of pedophiles has come together who have not offended and are not in favor of making adult-child sex legal and accepted. Scientists make posts inviting board members to participate in anonymous, online surveys. Several published papers have emerged and others are in progress. Also, novelists, playwrights, and film-makers often ask to join so they can portray pedophiles more accurately in their fictional work.

It has certainly been quite a ride. When we first started, we thought we would put up a website expressing our views and be done with it. Seven years later we have a support group that has been joined by about 4,500 people and has hosted about 200,000 posts. We feel that we've helped a lot of people come to terms with their pedophilia. We also think that we have helped to encourage some people to avoid sexual contact with children who otherwise might have behaved inappropriately with a child. We have strong relationships with leading organizations, such as ATSA, Dunkelfeld, Stop It Now, and Stop-So, and with leading therapists and sexologists. We feel that we've helped to change the narrative around pedophilia, and that the hatred is a bit less than it was before we came on the scene. Many favorable articles have been written about our organization and non-offending pedophiles; we are unaware of any having been written before. If there were any, there were certainly very few.

We recognize, however, that the road is long and hard. Hopefully the next seven years will see even more progress than the previous seven.

Rememberyou don't ever have to hurt a child