On Becoming Comfortable with My Attractions
one non-offending pedophile's journey

I discovered my attractions when I was 13. Before then I had very, very mild crushes/dreams about boys but they were so insignificant that they barely registered in my day to day life. But a couple of months after my 13th birthday, I started to go through puberty and discover that I had a sexual attraction to younger boys. I began to notice boys in public, boys at school, boys in movies and TV shows etc. One of my first boy celeb crushes was Nathan Gamble in The Hole (2009). I first watched that movie when I was 14 and was completely smitten for Nathan.

Anyway, more to the point: for about 3 years it became increasingly apparent that the younger boys at my school (as young as 11) were the ones who were most attractive to me. I even started to notice that boys at school who were attractive when I was 13 were no longer attractive when I was 15. That was a pretty big indicator and I knew that something was different about me (not having any interest in women when teenage boys my age went on about them was another big indicator) but.....this may be hard to explain but the whole "pedophilia" thing just didn't fully click. I was aware that pedophiles existed and I was aware I was attracted to younger kids but I never fully appreciated the full consequences. I was even doing google/YouTube searches on "interesting" (legal) material whenever I got the chance, but I still wasn't worried about myself.

Until one day when I was 16 and browsing through YouTube. I came across a video that talked about Todd Nickerson's Salon article. I immediately searched for the article, read it, searched up what VirPed was and watched the full video (which took a negative approach to the subject). I read the comments and read as many other comments on social media on the Salon article as possible. A huge flood of emotions came upon me that day. These people were talking about me. It clicked. These people who were saying that all pedos should die or be locked up or be taken as far away from kids as possible were talking about me. That's who I was: a pedophile. And I was fucking terrified. And angry. Why couldn't I just be normal? Why couldn't I be attracted to adults like everyone else? 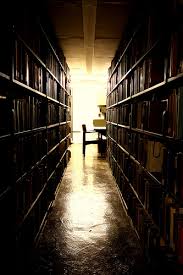 I started doing as much research as I could on the subject. I started reading article after article, blog after blog. I watched countless YouTube videos by people doing commentary on these non-offending pedophiles. I discovered Todd, his blog and numerous appearances he did, including a documentary on Barcroft. I also discovered Ender Wiggin, Daywalker and various other MAP/pedo twitter accounts that were active around 2016-2017. I saw the documentary "I, Pedophile" which introduced me to James Cantor. I did all this to educate myself and reassure myself. All of a sudden I so badly wanted to open up, to talk to someone who knew what I was going through. I also became quite careful with myself, to the point where I wouldn't try to hang out or work with kids. Eventually I came out to my mum because I was just fucking desperate to talk about this. I read accounts of other pedos coming out so I thought I'd give it a shot. She didn't throw me out of the house but she was very uncomfortable about it. I was fine though. At the time I thought it was the right choice.

I contemplated joining MAP twitter numerous times and even thought about MAP support chat when I saw Ender announce it. But I was always worried about it being linked to my real identity. Anyway, my obsession with reading articles, blogs and following MAP twitter (without actually joining twitter) lasted for about a year an a half. Ender's blogs in particular were very helpful for me in terms of realising who I was. It was eventually getting to the point where I had read everything there was to read. I had heard all the arguments. And I was now in my final year at school where the younger, more attractive boys seemed to be in abundance. Slowly but surely, I was more at ease. I took the boys sports team for their warm up. I became quite friendly with the boys at the lunchtime club at school. I was realising that, contrary to what I used to think, hanging out with younger boys could actually be quite enjoyable if everything was appropriate.

I stopped with the reading of articles and blogs and for several months I had actually mostly forgotten that the community existed. I was old enough to join VirPed and I finally had the means to privately join but it just didn't dawn on me until one afternoon in November 2018, I was watching some sports on the TV when my attractions entered my mind and I thought about all those blogs and tweets I used to read. Then with a pang I thought "hold on, I can actually join VirPed!" I realised that I was still longing to talk to people who understood me. That night, I sent an email to VirPed explaining who I was and the next day I made my account and an introductory post. And before I knew it I was finally, after all these years, talking to other pedophiles. I couldn't believe it.

Anyway, on to how I became fully comfortable with my attractions. Around the time I joined VirPed, there was something going on in my life unrelated to my attractions that was getting me down. I was in my first year of uni at this point and my semester dates were such that I would have quite a long summer break. If this problem that was keeping me down were to continue then it meant the summer would be very depressing if I was just gonna be at home for most of it. So I started looking for something to do. And that's how I ended up applying to be a camp counsellor. I started watching videos on what camp was like and reading up on experiences and I was super excited. Around the same time, joining VirPed made me tell my mum that my attraction to younger boys was just a phase and that I was "normal" after all, so there was nothing to worry about. Of course this is a lie, but I was getting all the support I needed from VirPed so I didn't see how continuing to stress her out about this was helpful.

So that summer I went to camp and was blown away by the experience. I knew it would be great but I wasn't expecting it to be the best summer ever. I loved every bit of it. And I really, really enjoyed spending time with the boys there. When I came home I almost felt like a changed person. I was always on the way of being comfortable with my attractions but this sent my acceptance sky rocketing. Now there was no doubt in my mind that I was no more of a threat to children than non-MAPs. I became so confident, I did something I never thought I'd dream of doing: I met up with not one but two VirPed members in person and both experiences were honestly so liberating. And when I started my 2nd year of uni I took the opportunity to do some volunteering, helping out local schoolkids with their work. In addition to all this, I just became more comfortable with talking to other kids and their parents (keeping everything appropriate obviously).

I'm saying all this because I've seen a lot of VirPed members have doubts about spending time with children. Now I want to make something clear: nobody should feel like they need to work or volunteer with kids. Obviously being around kids isn't for everybody. But I get the feeling that a lot of members are unnecessarily too hard on themselves. If the last few years have taught me anything about my attractions, it's that 1) they are never going away and 2) they are far from an uncontrollable impulse. I have seen posts from members who want to do everything they can to avoid kids, even going as far as to avoid family outings. Not wanting to surround yourself with kids is fine, but constantly avoiding them to the point where avoiding them controls your life isn't healthy. If they're around you, they're around you. There's nothing to be scared of. Just take a deep breath, acknowledge they're attractive and move on. If one starts talking to you for whatever reason, feel free to have a conversation with them. If you're at a family meetup and your younger cousin or nephew asks you to play football with him, go for it. If you notice a cute child in a movie, enjoy the view. I learned that we only have one life, our attractions won't change so, as long as we keep everything appropriate, do we really need to feel guilty about legally enjoying our attractions? Personally I don't think so.

Private Yankee is a pseudonym. He is a member of VirPeds the organization established to help all pedophiles remain virtuous - non-offending - while teaching them to deal with the consequences of being virtuous. He is one terrific person in a dedicated army to help all pedophiles/MAPs live happy and fulfilling lives celibate from their sexual orientation.

Rememberyou don't ever have to hurt a child